Why should trees only get to have fun on Christmas?

Halloween can be a great time for Bonsai enthusiasts because their tree can easily be dressed up to get into the spooky spirit of the season. Depending on its size, you might even be able to make it a new centerpiece of your Halloween decorations. It's also another great activity for parents and children to do together, if you've got little ones.

Plus, given the heritage of Bonsai, it gives you an opportunity to put a bit of a Japanese spin on your decorations. Halloween has only recently started becoming popular as a holiday in Japan, but Japan has its own long history of creepy traditions which work perfectly in a Halloween setting.

Here are a few of our favorite Japanese ghouls! 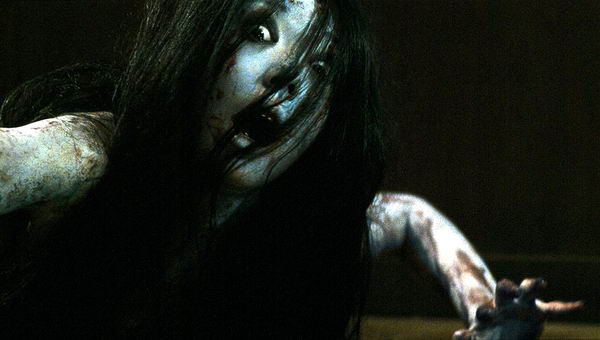 In Japan, ghosts are usually called Yurei, and they're terrifying murderous souls of the dead. They're driven almost entirely by emotions like sadness and rage, and -according to legends- if one gets in your house, it's like a Poltergeist on a very very bad day.

The most traditional image of a Yurei is basically the girl from The Ring horror series: long stringy black hair, obscured or missing eyes, and all-white robes. If you have an old Barbie or Bratz style doll, she can be easily turned into a Yurei with some dark food die for her hair and blackened eye-sockets. Try using toilet paper to make her robe, if you don't have a tiny kimono lying around.

For a bit of color, add some fake blood around her eyes.

Yurei are seriously scary in Japan, and you rarely see them on children's products. For a less-terrifying ghost, there are Obake. These are spirits which have taken a physical form, and they can look like almost anything from the wild phantasms of Spirited Away to relatively normal animals like foxes, cats, or tanuki, The sky is the limit here, based on your artistic skills.

For a simple project, one of the most popular -and cute- Obake are called Kodama, which are friendly forest spirits. They were prominently featured in Princess Mononoke. They can be easily molded out of white clay, with a very basic humanoid body, and a rounded-triangular head that has three simple black circles for the eyes and mouth. To go a bit above-and-beyond, make their head hollow and put a few small beads inside for their rattle. 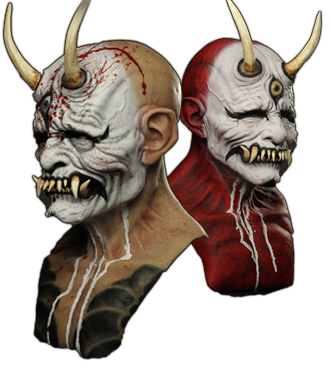 If you want a more ambitious project, craft some miniature Oni masks to place on or around your Bonsai tree. These could be carved from spare wood, or cut from styrofoam, or potentially even small paper-mache art.

Oni are demons, and generally monstrous in appearance, with prominent fangs, horns and brows. Their skin is most often blood-red, but can also be white, grey, green, or even blue. While they're traditionally used like gargoyles -to scare away other spirits- they can also be depicted as friendly or even comical as well, so there's a lot of creative leeway here. Check out Pinterest for inspiration!

If your children are Nintendo fans, Majora's Mask from the Zelda series is a kind of Oni, but it could be tricky to craft.

Dressing Up Your Bonsai Is Part Of The Fun!

Is your Bonsai tree getting into the holiday spirit with you? Making it part of your decorations -whether on Halloween or any other occasion- is a lot of fun, and makes your decorations even more distinctly unique!